Home » Can «biogas» really save the energy transition?

Can “biogas” really save the energy transition?

Marine Godelier (La Tribune), journalist at the Ecological Transition pole, wonders if biogas can really save the energy transition.

Forced to get rid of Russian hydrocarbons, Europe multiplies partnerships to receive massive amounts of liquefied natural gas shipped from all over the world despite the harmful impact of this fossil fuel on the environment. In this situation and while the Twenty-seven seek to reconnect with a form of “energy sovereignty”, several actors ask to speed up the development of a local and low-carbon alternative: biomethane, or “biogas”. 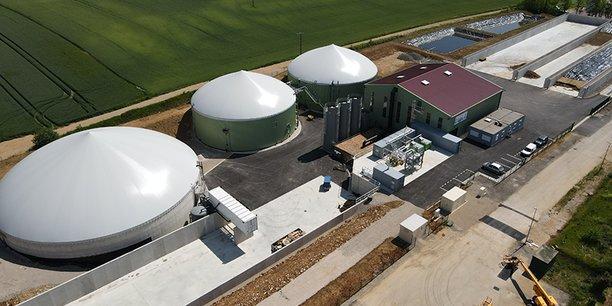 Role of biogas in saving the energy transition

At a time when the scenario of a possible cut in gas flows from Russia to Europe is terrifying the Old Continent, to the point that some States fear shortages this winter, the observation is relentless: so far, the energy transition continues being an illusion, since the vast majority of countries are still stuck in hydrocarbons.

Biogas to save the energy transition

Proof of this is the fever of the Twenty-seven for liquefied natural gas (LNG) of fossil origin, transported from the United States or Qatar at exorbitant prices, whose imports have skyrocketed since the beginning of the war in Ukraine to avoid any interruption of supply . Determined in an emergency, this strategy should also last since, from TotalEnergies to Equinor via Shell or Engie, all the major European energy companies sign numerous contracts in this direction. Plus, most of these juicy deals could last for decades; enough to make profitable the seven LNG regasification port infrastructures currently in project or under construction throughout the continent.

And yet, despite this race for polluting energies, climate goals remain unchanged, we repeat it in Brussels and in national governments. Because beyond these conjunctural responses, alternatives still in their infancy should allow, in a second stage, to start the transition towards a “zero carbon” world . Among those which biomethane, or biogas, is destined to replace half of a large part of the gas fossil.

By the end of 2021, Europe was producing half of the world’s biomethane and gas, according to the report by the Internationa Gas Union (IGU) in partnership with the Oxford Institute for Energy Studies (OIES), through a global gas survey on renewable and with low carbon emissions, in which a total of 21 countries from the five continents have participated.

The aim was to develop a global database on the status of low-carbon biomethane, biogas and hydrogen production projects, either under construction or at various stages of development, in order to assess the status of this market considered vital for the energy transition and to achieve the proposed levels of decarbonisation.

The main conclusions of the report indicate that the production of renewable gases worldwide is currently very small and has high costs, although both biogas and methane have a greater number of plants and higher production volumes compared to low-carbon hydrogen.

Thus, the global production of biogas and biomethane was about 400 TWH, equivalent to 1% of the global production of natural gas (40,000 TWH), although its potential is 20 times greater and could replace 20% of the current global demand for natural gas. This would also be equivalent to a reduction of 1.5 gigatonnes of CO2 emissions. However, there are not yet enough projects in development to realize this potential.

More than half of the production is concentrated in European countries (215TWH) and China (87 TWh). And only 10% of the total biogas production in Europe (24 TWh) is converted into biomethane suitable for injection into the natural gas network, mainly in Denmark and Germany. The rest is consumed close to the point of production and on a small scale.

Reinva is an engineering company specialized in providing a complete service for energy processes and steam technology required by industrial plants. Reinva is in charge of carrying out the design and execution of customized projects and accompanies its clients in their needs for engineering, supply, energy audit and energy efficiency, installation, maintenance, spare parts.

The company designs and supplies equipment for combustion and steam processes, such as industrial boilers and combustion systems, using innovative technologies with the aim of achieving energy optimization of combustion processes. At the same time, Reinva focuses on reducing the polluting emissions of the installation (CO2, NOx, CO, SOx and particles). In addition, it is responsible for providing the most agile maintenance and after-sales service so that its customers’ generation and production facilities do not have to stop. 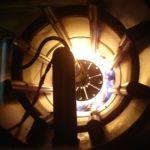 The use of Hydrogen in the Basque Industry, financeable by the EVE 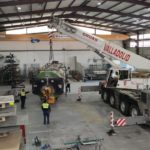 Repair of a steam boiler for installation in Morocco