Home » Do you like nougat? Reinva has the honor of counting among its references a large part of the nougat companies

Do you like nougat? Reinva has the honor of counting among its references a large part of the nougat companies

Surely you have tasted the nougat and that you love it, as we do. And if this is not the case, this is as good a time as the Christmas celebrations are, a time when they are par excellence the dessert of reference. Reinva has the honor of counting among its food references a large part of the Spanish nougat producers for almost 40 years.

The equipment and services of our company are present in a good number of combustion and steam processes for the nougat industry due to our experience and know-how in the processing plants of this sector, to which we contribute in the processes of steam heating, drying, pasteurization and cooking lines.

As steam and combustion process engineering, Reinva develops the custom design and manufacture of steam and hot gas generators, drying equipment and optimization of thermal processes, with the improvement of energy efficiency.

Precisely, the use of steam in boilers and machinery gave a boost to this typical artisan dessert already in the 20th century, achieving its large-scale manufacture, with which it managed to travel all over the world, especially Latin America where there is a large tradition due to cultural similarities.

The “boixet” is the machine most appreciated by nougat makers, since it is where the soft nougat, Jijona, is made. It is the equipment where all the crushed mixture of toasted almonds, honey, sugar and egg white is introduced, which is passed several times through the stone mills so that it gets the finest texture possible and these ingredients are mixed in the most compact. It has the peculiarity that it is hot (generally due to the steam boilers that give it heat) so that the mixture in heat makes all the components, especially the moisture of the almonds and the honey, compact to give that texture and shape so characteristic.

Origin and history of nougat

Since time immemorial, nougat has been a gastronomic symbol of Spanish Christmas, more recently transferred to the “new cuisine”, in preparations and presentations to which it provides a new air.

But for those who do not know it, what is nougat and where does it come from?

Nougat is a sweet dough obtained by cooking honey or sugar to which toasted almonds and egg white are added to emulsify. Subsequently, the dough is kneaded and obtains the final shape of a rectangular tablet or cake. The main production centers in Spain are located in the provinces of Alicante, Valencia and Lérida, fundamentally, and to a lesser extent in the provinces of Toledo and Extremadura.

This geographical distribution of current specialization undoubtedly responds to the settlement of the Arab population in the Iberian Peninsula since the 8th century, from which popular consensus says that nougat originates, since it possibly introduced the custom of mixing dried fruit with honey. The region of Alicante, linked to the cultivation of almond trees and the existence of rosemary and thyme honey beehives in the vicinity, quickly adopted this gastronomic tradition. 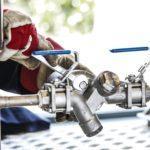 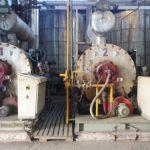 Conversion of a steam boiler room coming from 1967